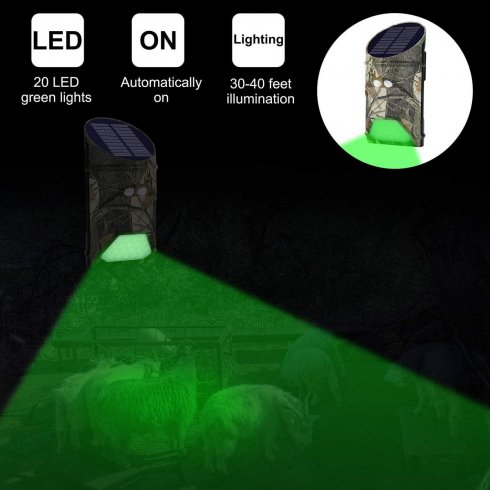 Hunting green light with PIR detection of animal and human movement - powered by a 2000 mAh battery charged by a solar panel.

Hunting green light with PIR detection of animal and human movement - powered by a 2000 mAh battery charged by a solar panel. The LED light simplifies night hunting, because it monitors only when the light turns on. This practical hunting light is charged during the day thanks to the built-in solar panel, and during the night it works without any additional cables or other recharging. It has a built-in battery with a capacity of 2000 mAh. After detecting movement, 20 green LED bulbs are activated on the light for 30 seconds, if no further movement is detected, the light is automatically switched off. The device is water resistant with IP66 protection - this guarantees trouble-free use outdoors, in any weather. The light can be easily attached to a pole or tree thanks to the handles on the back side. It has a compact size (length: 165 mm) and a camouflage pattern. The 2 PIR sensors take care of motion detection. The light is activated only during the night or in poor lighting conditions, during the day the light is automatically turned off - saving battery. The light is water resistant with IP66 protection - adapted for outdoor placement, suitable for all weathers Automatic shut-off after 30 seconds and during the day 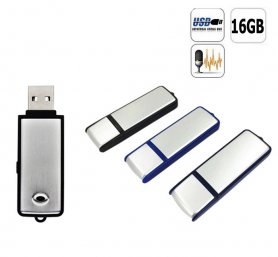 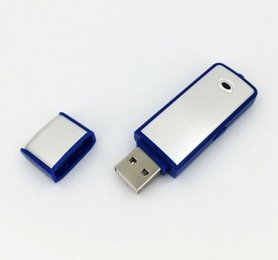 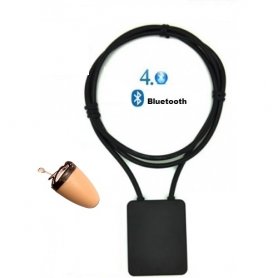 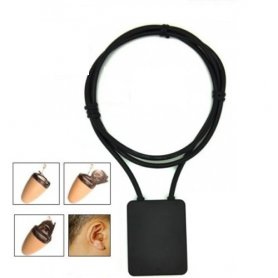 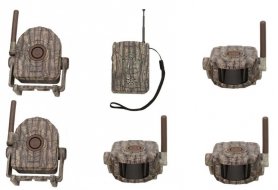 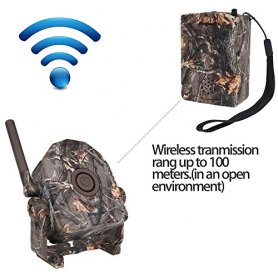 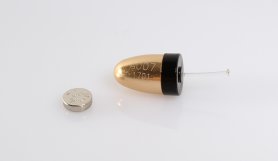