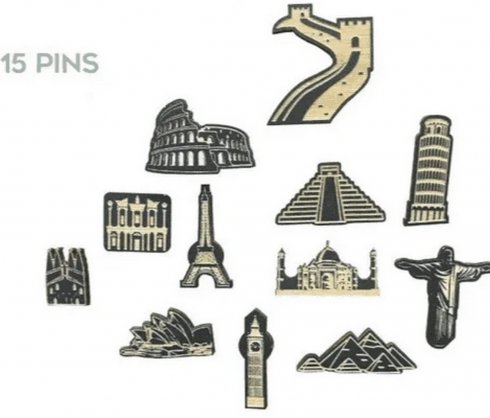 World monuments 15pcs set - push pins on wooden maps. PUSHPINS - monuments such as the world's wonders are used to mark your favorite buildings on your wall map of the world, have your monuments in front of your eyes. Have you always admired the majesty of the EIFEL'S TOWER, or are you more fond of the pride of the Asian continent - the GREAT WALL OF CHINESE, or the symbol of the new world - the American STATUE OF LIBERTY? You will find all these monuments and many more in this set. Wooden maps are a very aesthetic and popular addition to your house/apartment, offices or business premises. They already look original, but with the help of these pins you will give them a special character. The precise processing of miniatures of these world-famous buildings will surely get everyone´s attention in your surroundings.

TOP monuments built by a man on your map. Detailed and extremely high-quality processing of the world's most famous buildings - made of wood. In this set you will find the following world buildings:

The Colosseum - the ruins of a large amphitheater in central Rome - is currently an architectural dominant of Rome.
Eiffel Tower - is a metal structure built on the Champ de Mars near the Seine in Paris, at the time of its construction was the tallest building in the world.
Sagrada Familia - is a massive basilica in Barcelona, which has been under construction since 1882. Its expected completion is set for 2026 - the occasion of the celebrations of the 100th anniversary of the  the architect´s death of this temple, Antonio Gaudí.
Burg Khalifa - is a skyscraper in the city of Dubai in the United Arab Emirates, after completion in 2010 it has become the unrivaled tallest building in the world.
Pagoda - a designation for the East Asian type of temple, used to preserve sacred remains, each floor has a sliding roof.
Leaning Tower of Pisa - when the building reached the third floor and a height of 11 meters, the ring base tilted to the side by exactly 15 cm. Pisano tried to balance the tilt on the fourth floor, but he failed.
Big Ben - the name "Big Ben" is commonly used for the whole tower, but in fact it is the name of the largest bell in the tower, this bell always rings every hour.
Pyramids - were built as tombs of ancient rulers and their families, especially during the Old and Middle empire.
Parliament building in Hungary - is one of the national symbols of Hungary and one of the oldest government buildings in Europe. Since  1989, it has also become the symbol of Hungary's return to freedom and democracy.
The Great wall of china - is an old fortification system that stretches across northern China, was built during the Ming Dynasty and reaches for 8,850 km.
Taj Mahal - this is a mausoleum in Agra, India. built by Shah Jahan in memory of his wife Mumtaz Mahal, 28 different types of gems and gemstones were set in marble.
Machu Picchu - also known as the Lost City of the Incas, is a city created by the Incas, at 2430 meters above sea level on a mountain ridge above the Urubamba Valley in Peru.
Statue of Liberty - New York. individual parts of the statue itself were made in France under the leadership of sculptor Frédéric Auguste Bartholdi. For american nation it is a symbol of freedom.
Sydney Opera House - its builder was inspired by motifs from nature, it is shaped by shells or swans that want to take off. The most famous building in Australia.
Statue of Jesus Christ - (Christ the Redeemer). It is located on the 700-meter-high hill Corcovado - Rio de Janeiro, Brazil. Its height is 30 meters, depicts Christ with outstretched arms, this gesture was to express compassion and joy of independence.
Package contents:
15x pushpins depicting the most famous buildings in the world
1x Manual 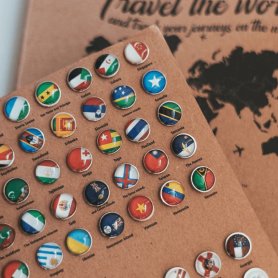 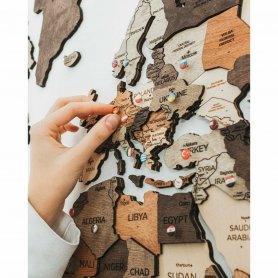 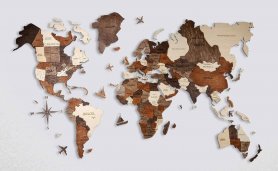 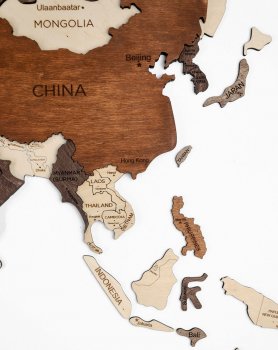 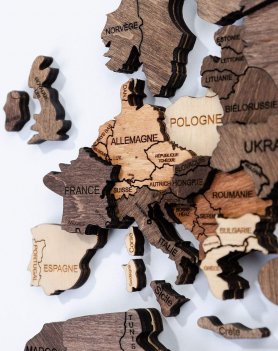 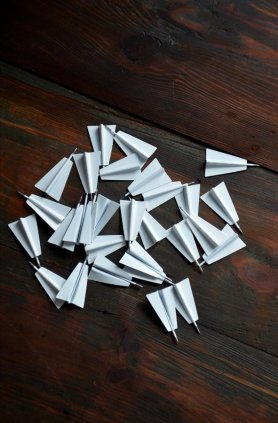 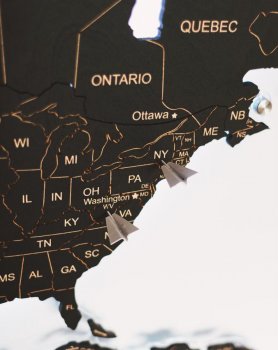