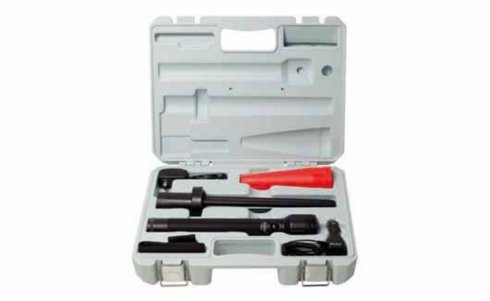 Profi case kit with LED flashlight 300 lumens and a car accessories. Useful for the drivers in extreme situations on the roads.

Profi case kit with LED flashlight 300 lumens and a car accessories. Useful for the drivers in extreme situations on the roads. The emergency light kit is packed in a sturdy case containing a powerful LED flashlight, a foldable tripod, a directional adjuster of lamp for tripod, a flashlight hanging velcro holder for attaching on the belt, a car charger, 220V AC Adapter, a portable bag, a red cone, and a USB adapter (rechargeable via connector). The LED flashlight has an exceptionally strong light beam of up to 300 lx (lumens) and offers up to 7 hours of work at 100% intensity. In addition, the flashlight offers an alarm feature that can help to frighten wild animals, or dangerous people when attempting to steal. The package comes with a cone that can be attached to a flashlight and then used as a manual convex cone for the traffic control. You can also attach the cone with flashlight onto the tripod that is included in the package, and then the flashlight can perform the function of the lighting cone. The great helper in case of night-time crashes for warning other drivers about the danger on the roads.

Another useful supplement of the set is the directional adjuster of the LED flashlight which makes it easy to direct the flashlight to where you need. The setting angle of the holder is 180° therefore, sufficient for various adjustment options. The holder can be combined with a tripod for practical illumination in low lighting conditions. The LED flashlight, thanks to several adapter packs, will not be a problem to charge it directly in your car via a cigarette lighter or a USB connector through your computer or a 220V adapter via the network. LED lamp life is up to 100,000 hours. The surface of the flashlight is slip-resistant and pleasant for touch. The flashlight is a useful home assistant in the event of a power outage or in areas with poor visibility, but also as a car supplement. For sale at a good price you can buy in our e-shop. Certified e-shop - secure purchase. 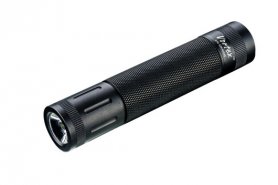 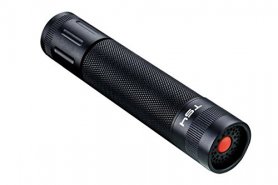 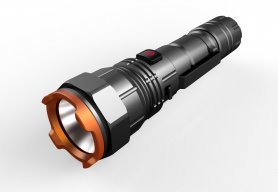 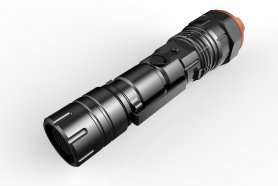 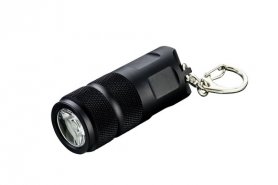 LED flashlight small and powerful 100 lumens with a pendant